How I Cured My Brother of Autism 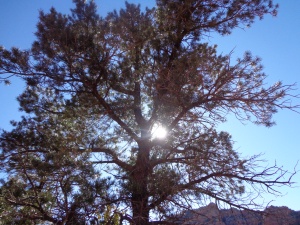 When I was in high school, I wanted to become a biomedical researcher so that I could find a cure for autism. After interning in a biomedical research lab, however, I quickly realized that I did not like working in a lab environment and became quickly disenchanted with my lofty goals of completing a PhD/MD program. However, I still wanted to be able to help individuals with autism and founded an organization in college that provided various services and community events for children and young adults on the autism spectrum. One day during my research for other programs we could provide, I happened to come across an article¹ that discussed how dietary changes could help individuals with autism, and in many cases lead to a complete recovery. The article explained that many individuals on the autism spectrum could not properly digest gluten (the protein found in wheat and other grain products) and casein (the protein found in dairy products), which would lead to the formation of opioid peptides in their system. These peptides would have an effect similar to opiates (such as heroin and morphine), causing neurological damage to the individual while at the same time producing a “high” from eating these foods that would make them crave the very foods that were causing them harm. The article went on to explain that it took about a month to get rid of casein and 6 months to get rid of gluten from the body, so it was important to try the gluten-free, casein-free diet for at least 6 months to see results.

After reading the article, I quickly called my mom back home and told her that we should try it for my brother, who was 16 years old at the time and had high-functioning autism and Asperger’s. My mom resisted the idea at first claiming that my brother ate a diet that consisted almost exclusively of pizza, spaghetti, and cheese and that it would be impossible to get him to eat other foods (and that he would likely starve in the process). But since I had never heard about dietary intervention as a treatment for autism before (and none of the countless practitioners we had taken my brother to had ever mentioned that there might be a cure for autism), I felt that this was something we had to at least try and insisted that it could be helpful for my brother. Because it takes longer to get rid of gluten from one’s system, my mom began removing items with gluten² first (anything containing wheat, barley, rye, spelt, kamut, oats, and other similar grains) and then eventually items that contained casein³ (items containing milk and milk products) from my brother’s diet. Of course, my mom also had to follow the diet in order for my brother to agree to do it (and I had to as well at my brother’s insistence even though I no longer lived at home). I believe that this was a very important component in helping my brother to be able to change his diet successfully as children are very influenced by their parents’ diets and use them as role models for their own dietary behavior.

My brother’s symptoms gradually began to improve and we continued to research other approaches that could help. My brother began doing sessions of neurofeedback which further alleviated some of his symptoms and seemed to activate new abilities in him that he did not have before. For instance, my brother began to come up with very specific search queries for things we would never have thought to look up on the internet and he discovered a CD program on Dr. Mercola’s website that provided a natural method of improving one’s eyesight. Because my brother could be very persistent, he convinced my mom to purchase the CD and try the program with him and they both stopped wearing glasses and improved their eyesight to 20/20 vision or better. Around the same time, we also learned about the Body Ecology Diet (created by Donna Gates) which further helped my brother and eventually he switched over to a raw food diet which seemed to help him the most of the diets he had tried. We also tried various other complementary services that helped him in his progress to recovery including craniosacral therapy, colon hydrotherapy, and Ayurvedic medicine. I believe that each of these different approaches helped my brother to heal and recover from autism and today he is a certified health coach so that he may help others to recover their health.

Although I did not end up becoming a biomedical researcher, my brother’s recovery has shown me that it was not necessary to find a cure. And while I had never found a documented case of an individual with autism recovering at such a late age during my research, my brother’s recovery has shown me that it is possible to help individuals with autism recover at any age. I have spent many years researching the best treatment protocols for individuals with autism spectrum disorders and have continued to refine and develop this protocol based on my findings. I am also ecstatic to be partnered with one of the top nutritional guidance consultants in the country who is helping me to implement this protocol. Because each individual on the autism spectrum is unique, we tailor our protocol to each person we work with. To learn more about our protocol and how we might be able to help a loved one with autism, please visit our website at https://autismevolution.com/ and feel free to send us your questions or thoughts via our contact form here or in the comments below.

¹ A similar article can be found here.

³ For a list of common sources of casein check out the following resource (which also provides helpful tips for implementing a gluten-free, casein-free diet and some sample menus).